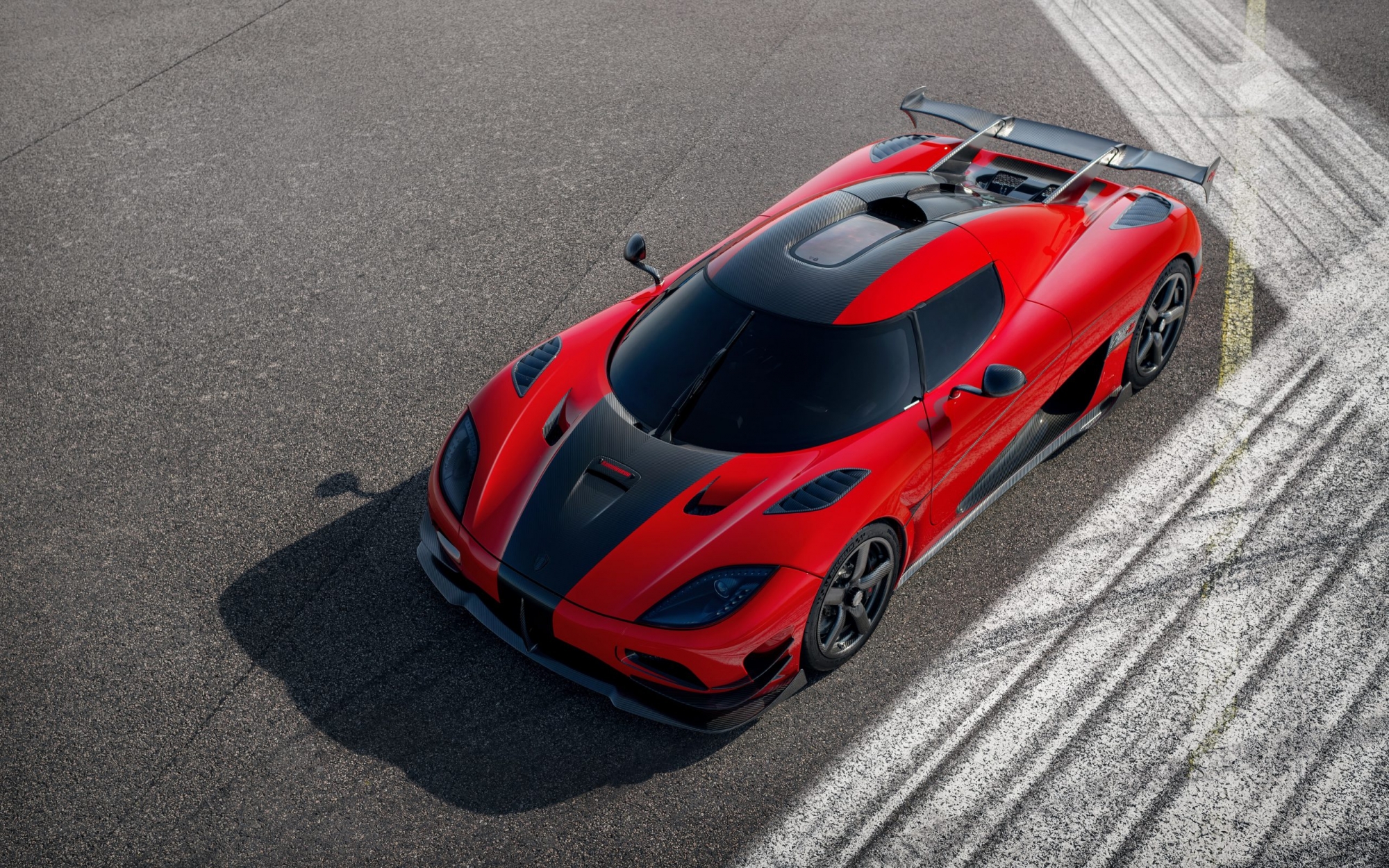 Handcrafted in only 25 examples, the Agera RS is one model that is truly special to Koenigsegg. One of them – a customer’s Agera RS set the top speed record of a homologated car on a public road in 2017 in Nevada, USA. Agera RS harnesses the advanced technology developed during the iconic Koenigsegg One:1 program while housing all the practical functionalities in prior Agera S and Agera R models. These include a luggage compartment and the recognizable stowable roof.

The Agera RS cars that left production in 2018 feature advanced lightweight sound insulation, a front splitter optimized for the track, front winglets, side skirts, an advanced dynamic underbody flap system and a dynamically active rear spoiler for added downforce (up to 450 kg at 250 km/h). The Agera RS also features improved side air outlets behind the front wheels, increased power and a raised rpm limit.

In 2020, Koenigsegg’s aftermarket team had yet another spectacular opportunity to work on a truly special Agera RS. It all started in the fall of 2019 when the customer went to Koenigsegg with a desire to include a couple of One: 1 inspired air vents on the front hood. Slowly working out the likes of the customer, the aftermarket team began proposing some additional upgrades in the same vein. What started as a rather simple request that should have taken no more than a month snowballed into quite the epic mission that spanned about half a year.

A new face to its front hood
The front hood of the Agera RS now has a new face. To accommodate the One:1 inspired air vents the front hood of the car was completely replaced. In place of the earlier ‘fang-like’ carbon accent, it is now a sleek uniform panel of carbon fiber running through the middle of the car, a rear bonnet scoop inspired by the One:1 design was also added. In addition, front winglets were added, all the more to slice the contact air with. In replacement of the previous wing which was spring activated, a new top-mounted wing was added, it is active and controlled by the software in the car.

In order to add a villainous touch to the exterior of the Agera RS, all the bolts, logos, accents and the exhaust were converted to jet black. Inside the car, the dashboard got a fresh new SmartCluster, which is the same one found in the Regera, so all crucial information is available at a glance.

The all-new, extensive upgrades on this 2017 Agera RS is a show of the dedication and competence of our aftermarket team. They have managed to further perfect this already stunning beast in power and aesthetics, leading to even better performance. The freedom given by the customer was also indicative of the absolute trust he had in the aftermarket team.
Previous
Next
2021-01-13
Automobili Lamborghini closes 2020 with
2021-01-06
Agera RS Refinement
2020-12-17
Lamborghini SC20: the unique open-top tr